LetBet (www.let.bet) has thrown its name in the hat to become the next big thing in crypto sports betting. The Belizean company has created its own cryptocurrency designed to power an online betting platform that is anonymous, trustless and decentralized.

According to a company press release, LetBet wants to do-away with the middleman altogether by building a platform allowing users to bet with one another using blockchain-based smart contracts that are executed automatically. Smart contracts make it so that bets are accepted automatically, funds from both sides of any wager held in escrow and the winner is paid automatically when the conditions are met to determine the outcome of the sporting event in question.

If none of this even resembles English to you, check out this handy guide explaining the basic idea behind smart contracts. The main thing to understand is smart contracts allow bets to be placed and then paid out automatically with no middleman involved.

This means there is no opportunity for a corrupt bookmaker to cancel your bet or someone else to back out when the bet doesn’t go their way. In other words, smart contracts are the ultimate handshake. Once you “shake hands” and book your bet, the bet is locked in. If you win, you will be paid. If you lose, well, at least you know you had a fair shot.

That’s the idea, anyways. LetBet is not the first betting platform of this type to emerge in recent times. Other platforms of this type that we have discussed recently include Unikrn and BetterBetting.

The LetBet company introduced itself to the Bitcointalk.org forums on 3 January with an announcement that LetBet will be holding an initial coin offering (ICO) beginning 25 February 2018. This ICO will allow anyone interested to buy LetBet tokens (LBT) for speculative purposes or simply to have them early at a hopefully discounted rate before the betting platform goes live.

The pre-sale begins 20 January 2018 and will run through 14 February. During that time, LetBet tokens will be sold at a price $0.5 per LBT with a 70% bonus offered on all first purchases. The price per LBT is scheduled to increase each day during the 30-day ICO. Purchases of LBT can be made with Bitcoin and Ethereum.

LetBet also states that any leftover coin after the initial ICO will be burned. This will be done to protect the value of all LBT purchased during the ICO.

Something you should keep in mind before participating is that ICOs are highly speculative and are completely unregulated. This company could very well be legit, but you should proceed with extreme caution. Do your due diligence.

ICOs are not my specialty, but I do understand enough from past experience that certain red flags should be noted – and I do see some red flags with LetBet. These may or may not be indicative of trouble down the road, but I feel it is only fair to share a couple of issues that caught my attention.

First of all, LetBet is headquartered in Belize. Belize is notoriously under-regulated when it comes to online betting and I imagine their cryptocurrency controls are no better. The closest thing I’ve been able to find an address or company headquarters for LetBet is a little bit of text at the bottom of the website stating the company is located on Goldson Highway, Belize City, Belize.

Second, LetBet has no gambling licenses. Compare this to Unikrn, which is active in highly-regulated markets. The LetBet whitepaper says they “hope to finalise our online gambling license after the ICO.” While I certainly hope that they do indeed acquire some sort of gambling license, the details are vague and no hard guarantees are offered.

Additionally, how much do we really know about LetBet? It is difficult to find out who, exactly, is behind it and there is surprisingly little information available online beyond a few press releases, forum mentions and a Facebook page. 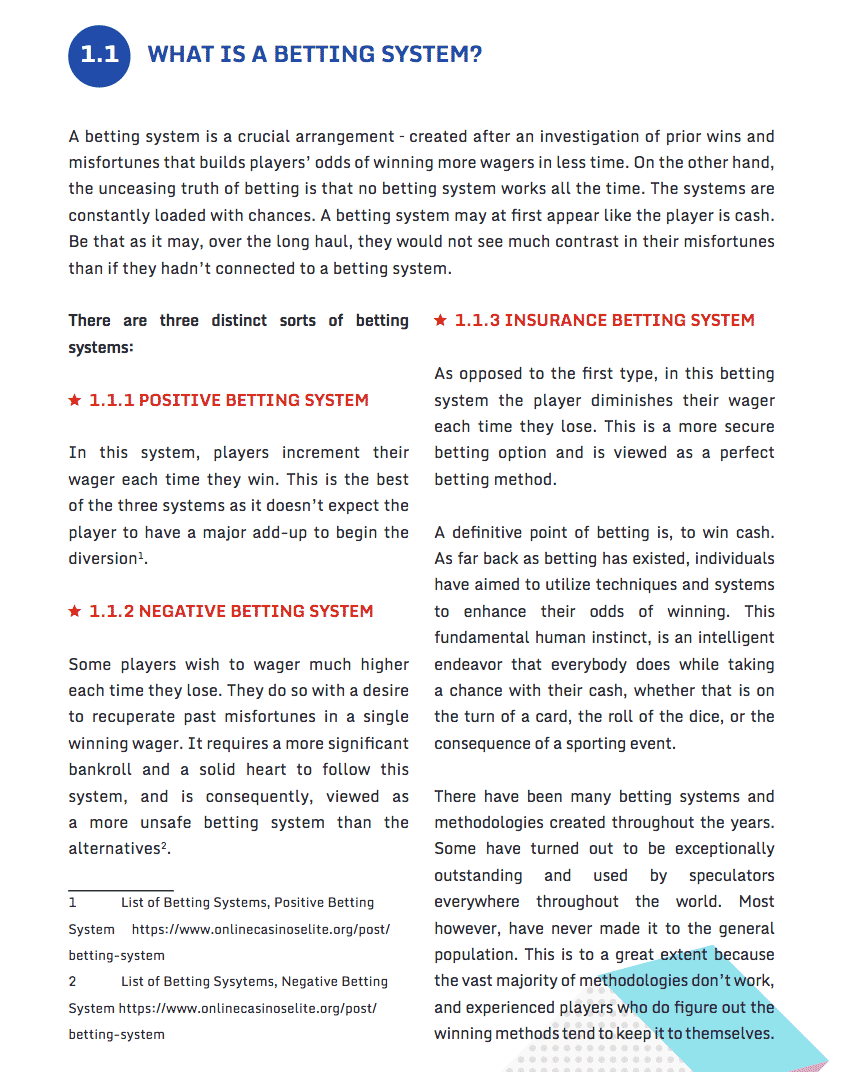 What does that have to do with anything?

There are other minor issues that pop up frequently throughout the paper. For example, the whitepaper constantly refers to Texas Hold’em Poker as “Poker Texas.” There are tons of great non-English-speaking programmers out there, but you would think that a company interested in building a gambling platform from scratch would be familiar enough with Texas Hold’em by now to know its proper name in English.

LetBet also says it will be running two affiliate programs. One of these will run during the ICO phase only in an effort to attract more investors. Page 29 of the whitepaper states this affiliate program will end when the ICO ends. So, they’re running a bounty campaign to attract additional investors. Bounty campaigns are common, but they still scream “be careful” to me. 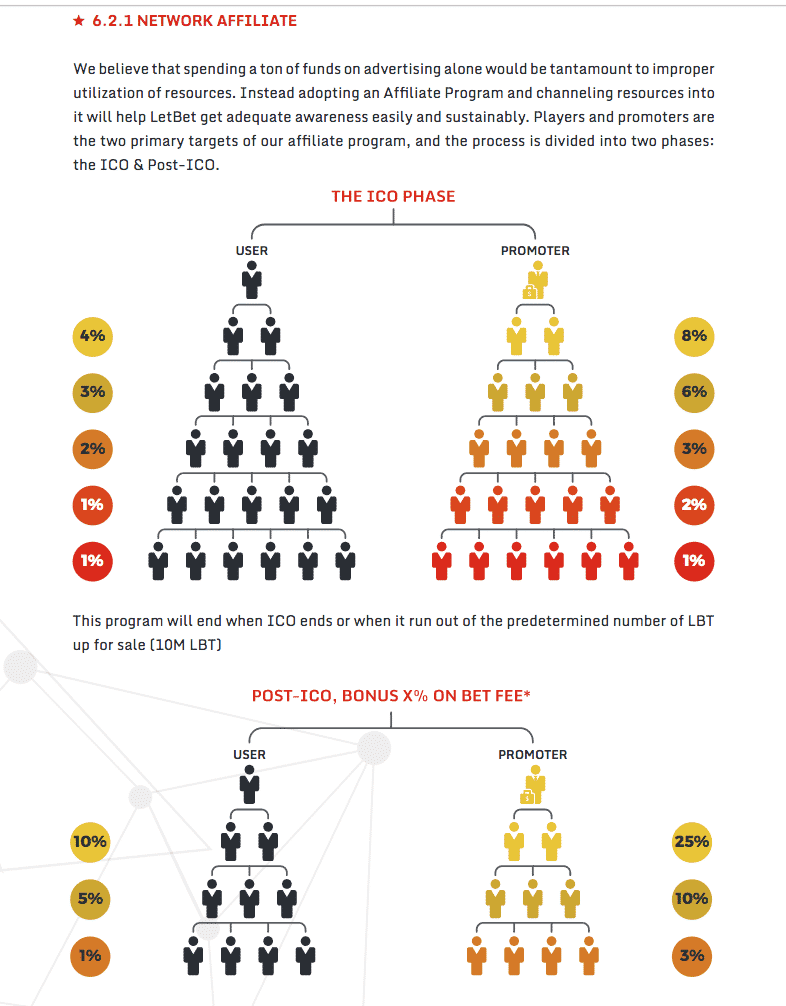 Mind you, none of this is a formal accusation. I am not afraid to call out suspected scams, but I simply do not know enough about LetBet to call it one way or another. That being said, the issues I found in the whitepaper are very concerning. What I can say without doubt is that I am still very skeptical at this early stage.

Welcome back to another edition of the International Gambling News Roundup. As usual, our topics of discussion today are weighted towards legal developments from around the world but we will also be touching on several other topics of interest. Here’s what we have on the menu for today: UK Gambling Commission Releases New Gaming Industry…

This month’s international gambling news roundup covers a wide range of topics that run the gamut from illegal sports betting rings in Taiwan to developments in the use of artificial intelligence in the fight against money laundering. Once again, the OBS Betting Blog is back with the most interesting and informative gambling news from the…

The much-awaited online sportsbook from the beloved PokerStars brand officially went live earlier today. We have an early BetStars review already live, but now we have the word straight from Amaya Inc. that the sportsbooks is open for business. Those of us with fond memories of PokerStars are excited to see the brand expand its…